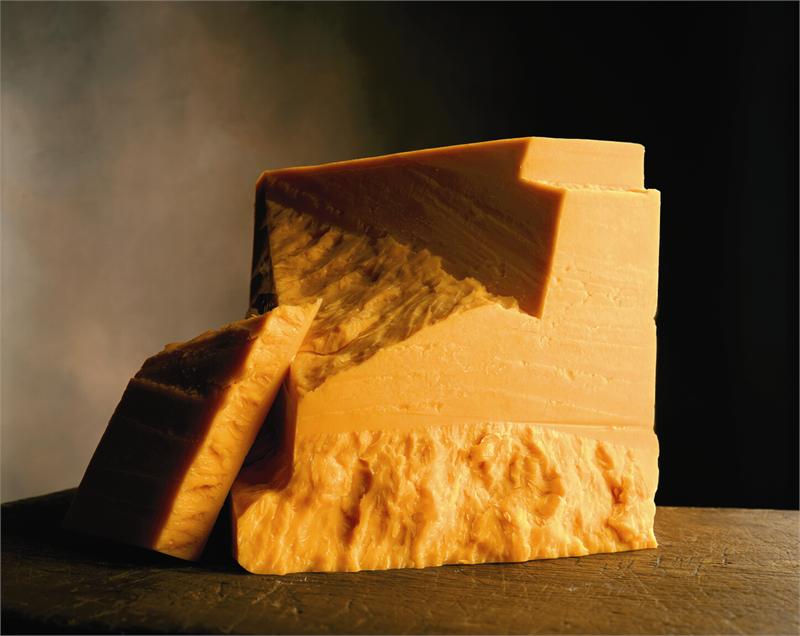 Pine River 7 Year Cheddar has a firm crumbly texture. Flavours of fermented cider, tangy, and fruity with a good sweet and salty balance and a long lasting finish. Serve Pine River 7 year Cheddar with a cider (hard or not), a British ale, or a full bodied red wine. Can also be paired with fresh multigrain bread, sliced apples, or caramelized onion jam. The sharp, tangy taste makes it an excellent choice for a grilled cheese sandwich, fondue, or mac ‘n cheese. Also pairs well with hot apple pie.

Cheddar is originally a product of England, originating from the village of Cheddar in Somerset, England, where they have been making the cheese since the 12th century. Knowledge of cheddar making is said to have made its way to Canada with United Empire Loyalists in the 1780s. The first cheese factory in Canada, which opened in Ingersoll, Ontario in 1864, made cheddar. Cheddar production played an important role in the Canadian economy between the 1860s and the early part of the 1900s being one of Canada's top exports.

Today Canada produces some of the best cheddar in the world. The climate, soil, pasture, cattle stock, and milk quality distingish our superior Canadian Cheddar from the regulars. Unlike other cheddars, Canadian cheddars have a smoother, creamier texture and the right balance of flavour and sharpness. Depending on their age, the flavour, texture and aroma of a cheddar cheese can vary. In 2012 Canadian per capita consumption of cheddar was 3.9 kg of cheddar every year.

At the shop we are often asked why cheddar is orange. The orange colour dates back to Britain centuries ago where milk from the spring and summer grasses had more kerotene in it, tinting the cheese with an orangey glow. It became so popular, people demanded and paid more for the unique look. Annatto, (a natural plant seed), was added to the winter milk cheese to mimic the look of the summer milk cheese, so they commanded an equal price.

I can walk to the Pine River

I can walk to the Pine River Cheese Factory (as we call it) from my cottage. All cheeses are great but particularly the 7 year cheddar and the caremelized onion cheddar. John K