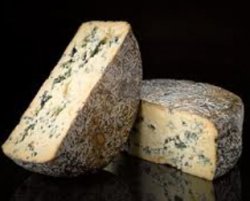 A natural rind with ochre-coloured spots and an interior with lovely blue veins, sometimes with a tinge of green. 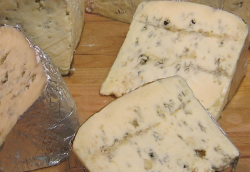 Bleu Ermite was the first cheese produced at the Saint-Benoît Abbey in 1943 and is still in handmade at the monastery today. A mild blue, a bit tangy but not so strong that inexperienced eaters will be scared away. Soft cream-coloured paste, lightly veined with blue-green mould, crumbly and a bit gritty. The aroma is grassy, herbal and mushroomy, with hints of sweetness and earthiness. 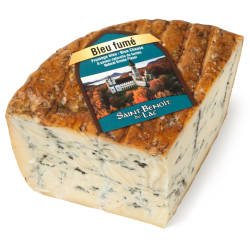 Hand made by Benedictine monks from the Abbaye de Saint-Benoît-du-Lac in Quebec. The Abbaye's skilled cheese makers have been crafting blue cheese since 1943, starting with blue ERMITE. Today, more than a dozen varieties of cheese are made at the Abbaye.

This semi-soft blue-veined cheese is made from pasteurized milk and aged for 6 months in the Abbaye de Saint-Benoît-du-Lac’s ripening rooms. A sweet mild blue with a delicate smokey flavour. The smoking process gives the cheese a slightly woody taste that pairs well with the acidity of the blue veining. 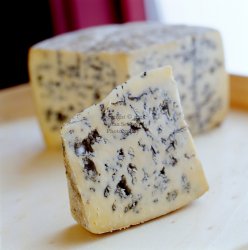 This unique artisan cheese is available only at Country Cheese. 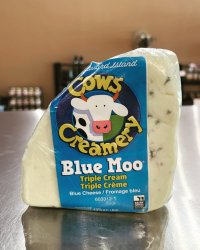 A triple cream blue that is rich, tangy and salty.

Made with the milk from the cows of the PEI cooperative dairy farm. 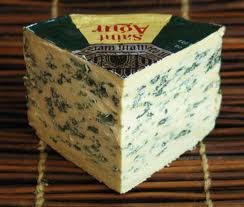 Saint Agur is a blue cheese made from pasteurized cow's milk in the village of Beauzac from the mountainous French region of Auvergne. Since 1988, the Bongrain Cheese Company has been manufacturing this cream enriched cheese with 60% butterfat. On account of the high fat content, it certifies as a double-cream cheese. Also, because of its high butter fat content it is easily spreadable and melts well. 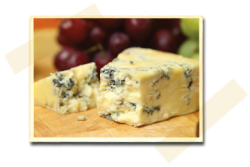 Stilton is known as 'The King of English cheeses’. It has Protected Designation of Origin status, meaning it can only be made in the counties of Nottinghamshire, Derbyshire, and Leicestershire to a specified recipe. The milk must come from the three counties and must be pasteurised before use. The cheese must be allowed to form its own crust, can only be made in a cylindrical shape, must never be pressed and must have the magical blue veins for which Stilton is famed radiating from the centre of the cheese. 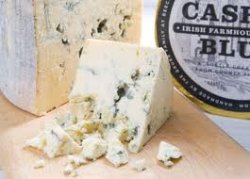 Cashel Blue is a hand-made, semi-soft, blue cheese with a creamy texture and a buttery mild blue taste. Made from cows milk, over half of which is collected from the cheesemakers own farm, with the rest sourced from farms located nearby.

The cheese was named after the Rock of Cashel overlooking the pastures close to the farm. It has large blue flecks, made by the action of Penicillium roqueforti, the same agent used in Roquefort, Stilton and other blue cheeses. 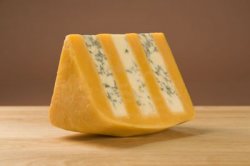 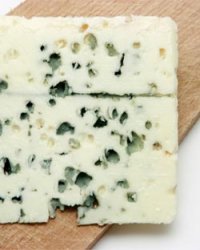 This raw sheep milk blue is handmade using a secret recipe that has been quietly handed down for the past three generations. The producers extract their own penicillium roqueforti from rye bread baked in-house. Like other Roquefort productions, the milk comes solely from the Lacaune breed of sheep.

White with intense blue generously marbling wide and numerous cavities. This bold blue is creamy, moist and slightly granular with a fruity and tangy flavour and big salty finish.